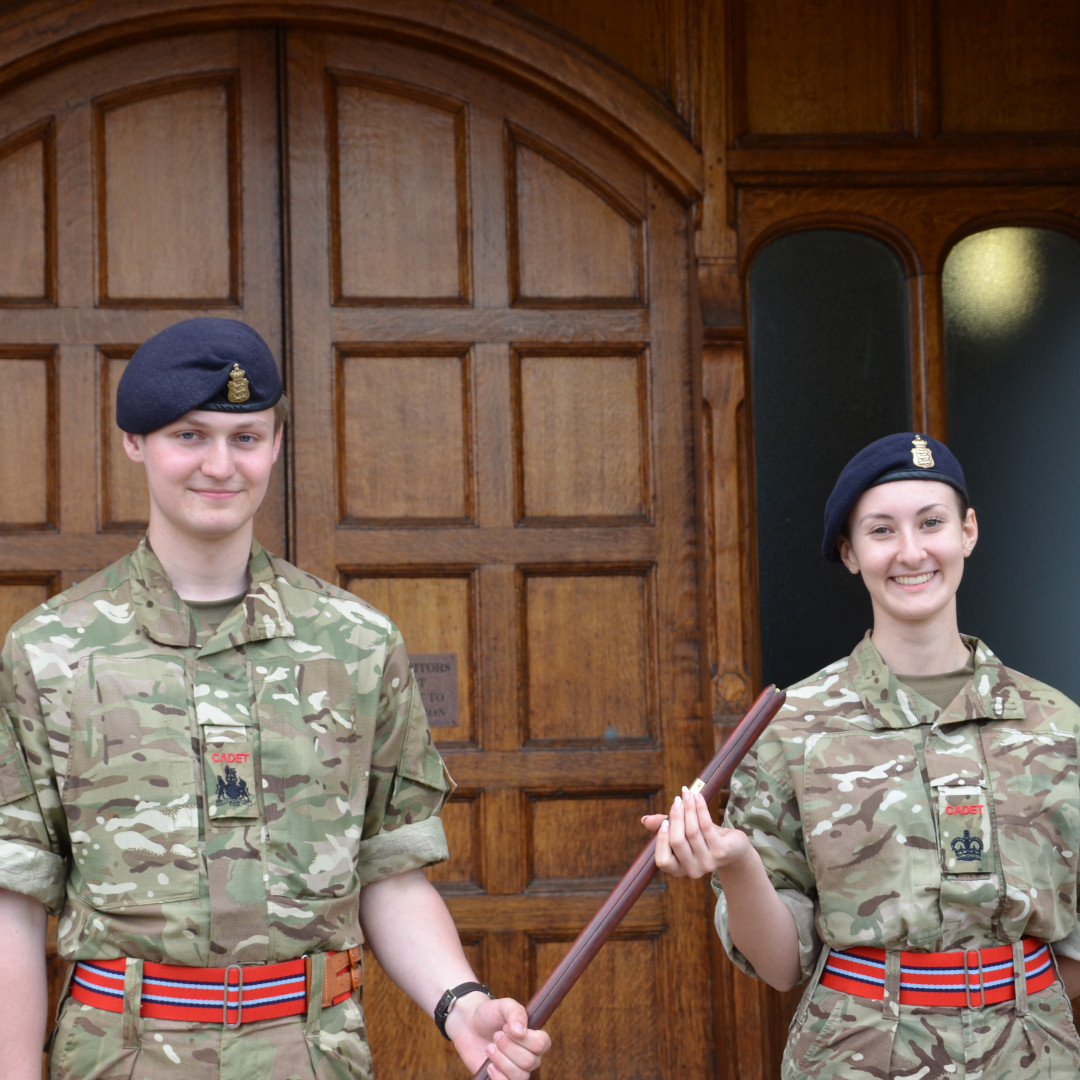 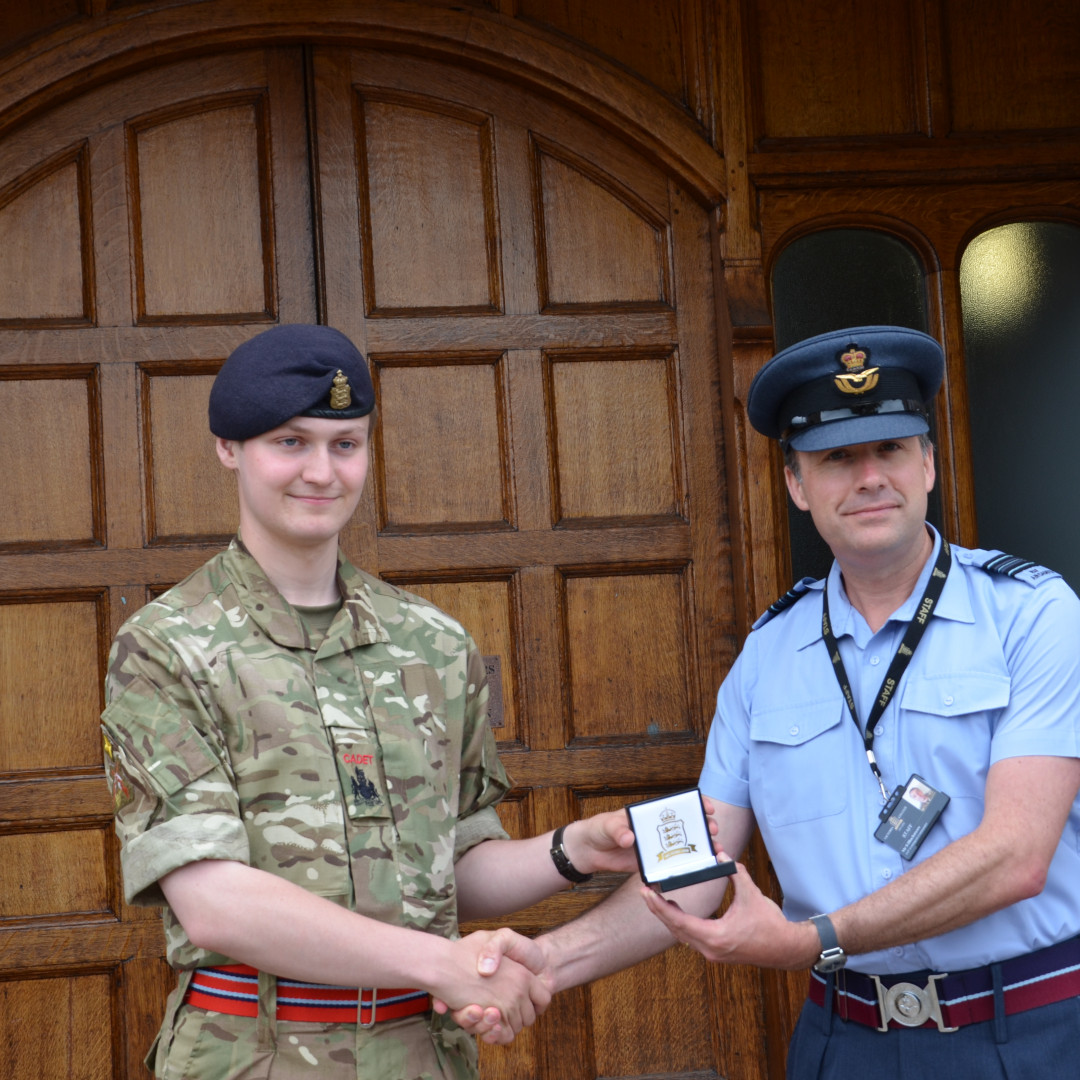 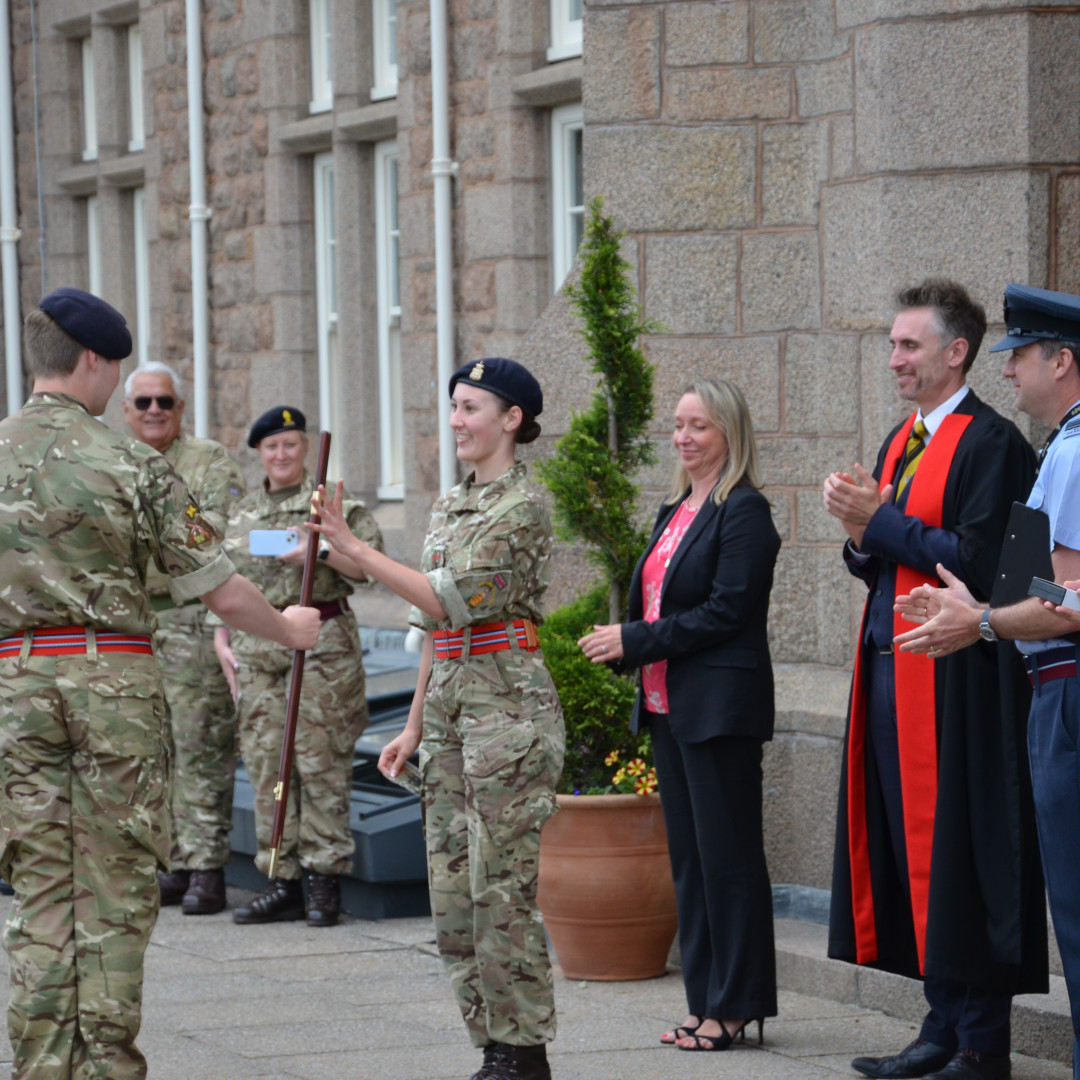 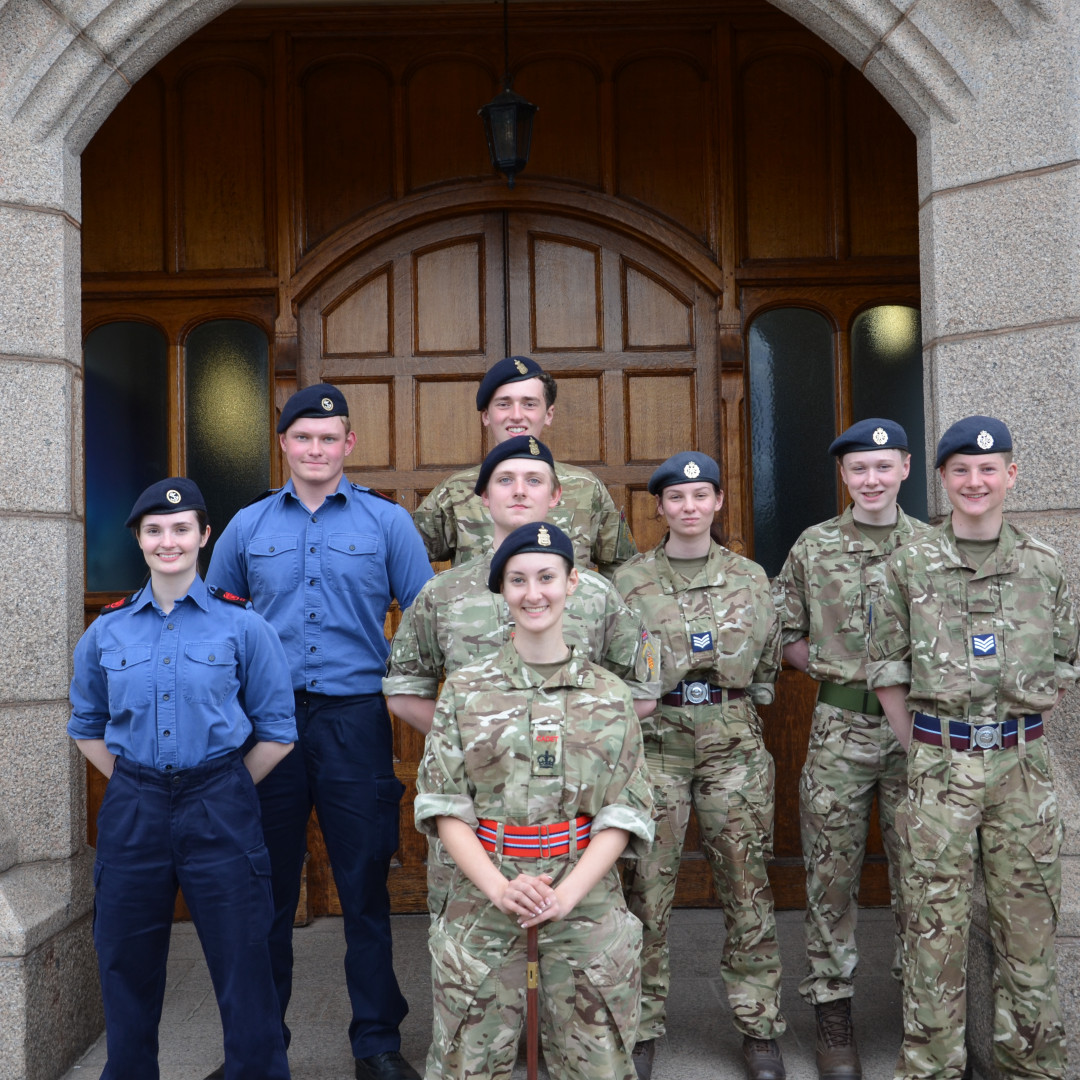 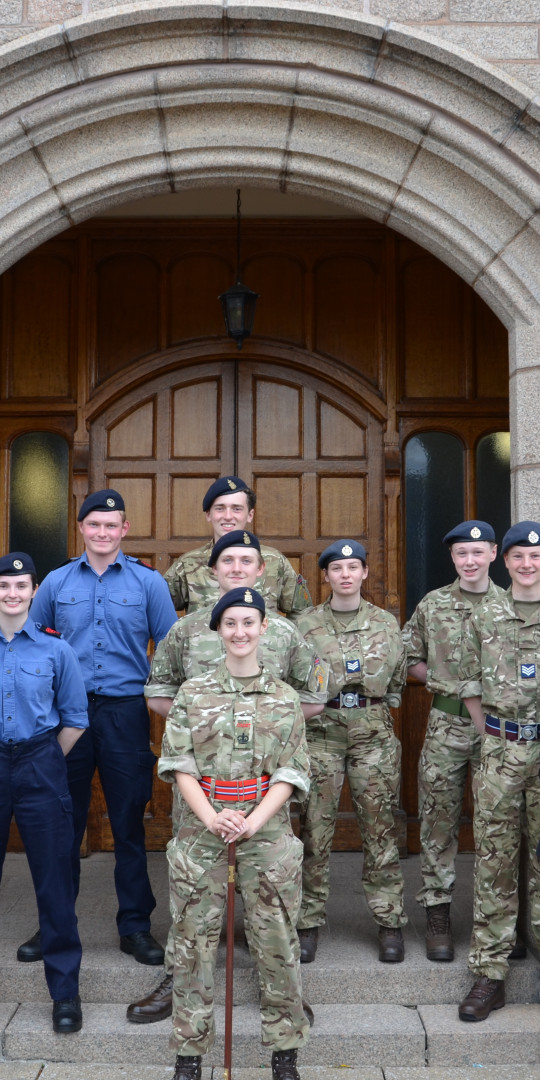 Congratulations to all those who received promotions during the Combined Cadet Forces (CCF) ceremony on Friday.

We are extremely proud of Liberty who is the first student from Jersey College for Girls to be appointed as Senior Cadet for the Contingent. She has been promoted to the rank of Cadet Company Sergeant Major.  She took over from Contingent Senior Cadet, RSM Rob, who received the Contingent Commander's Coin for Exemplary Service.

Other promotions announced today for our students included Ryanna as 2IC of the Contingent, Louise as Royal Navy Senior Cadet and Heather as 2IC RAF Section.

Squadron Leader S Blackmore, Contingent Commander, said: "Since we started a partnership between Victoria College and Jersey College for Girls in 2018, I have been greatly impressed by the attitude to training and commitment by students from JCG. "We have worked on ensuring girls have had access to development opportunities which has allowed them to be recognised as leaders and promoted to NCO ranks within the Contingent. "Well done to these Cadets on their hard work to achieve these senior positions."