Chamber Choir invited back at Windsor 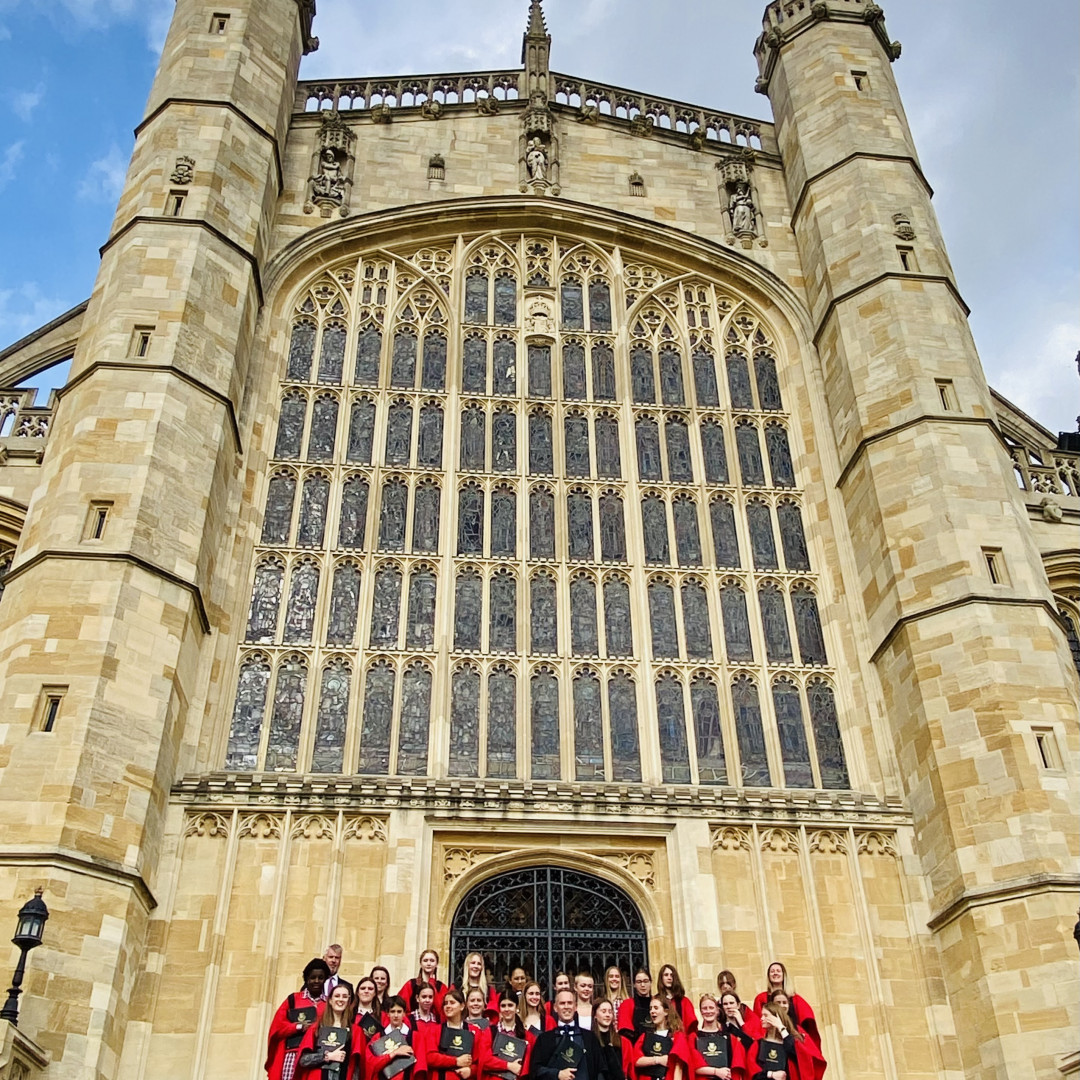 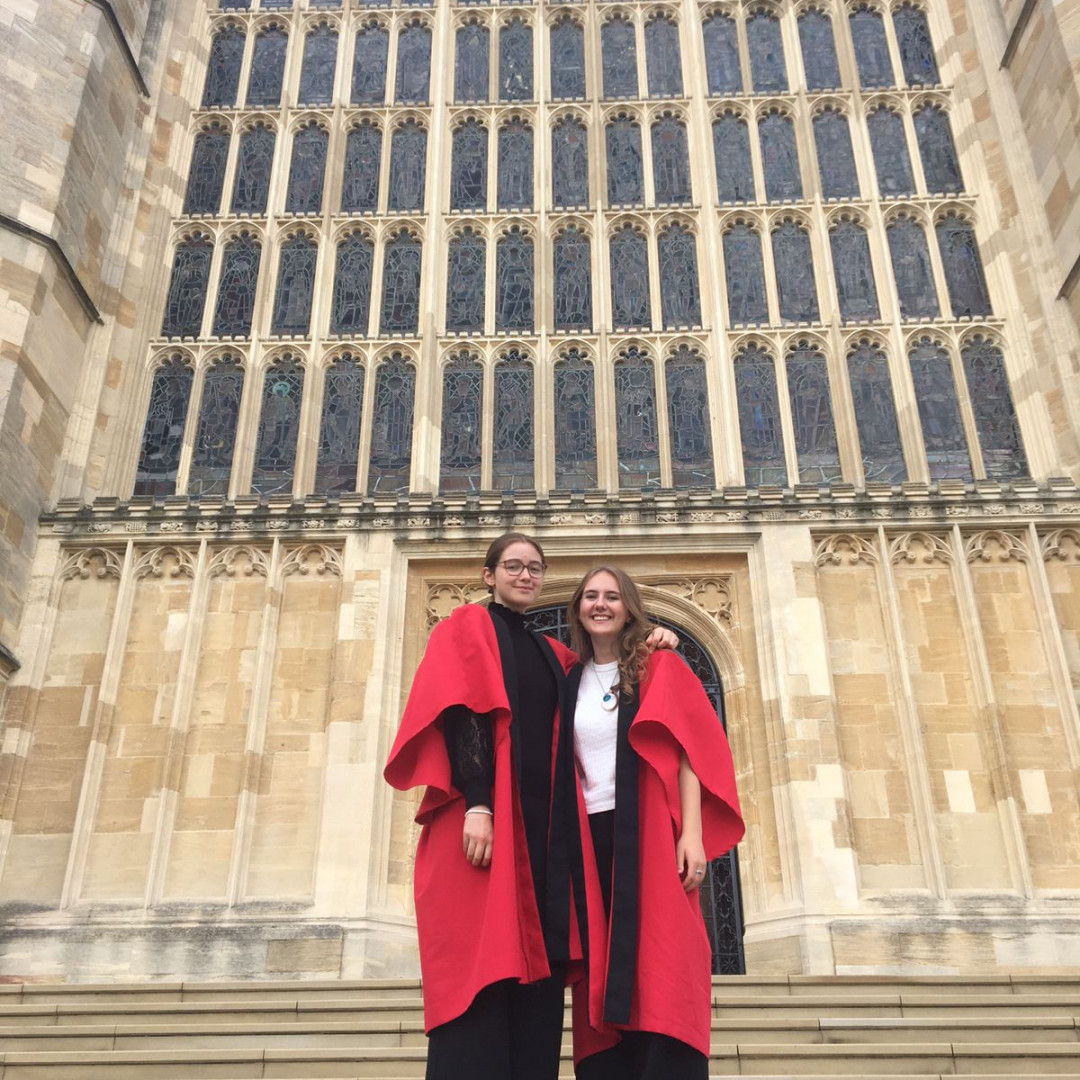 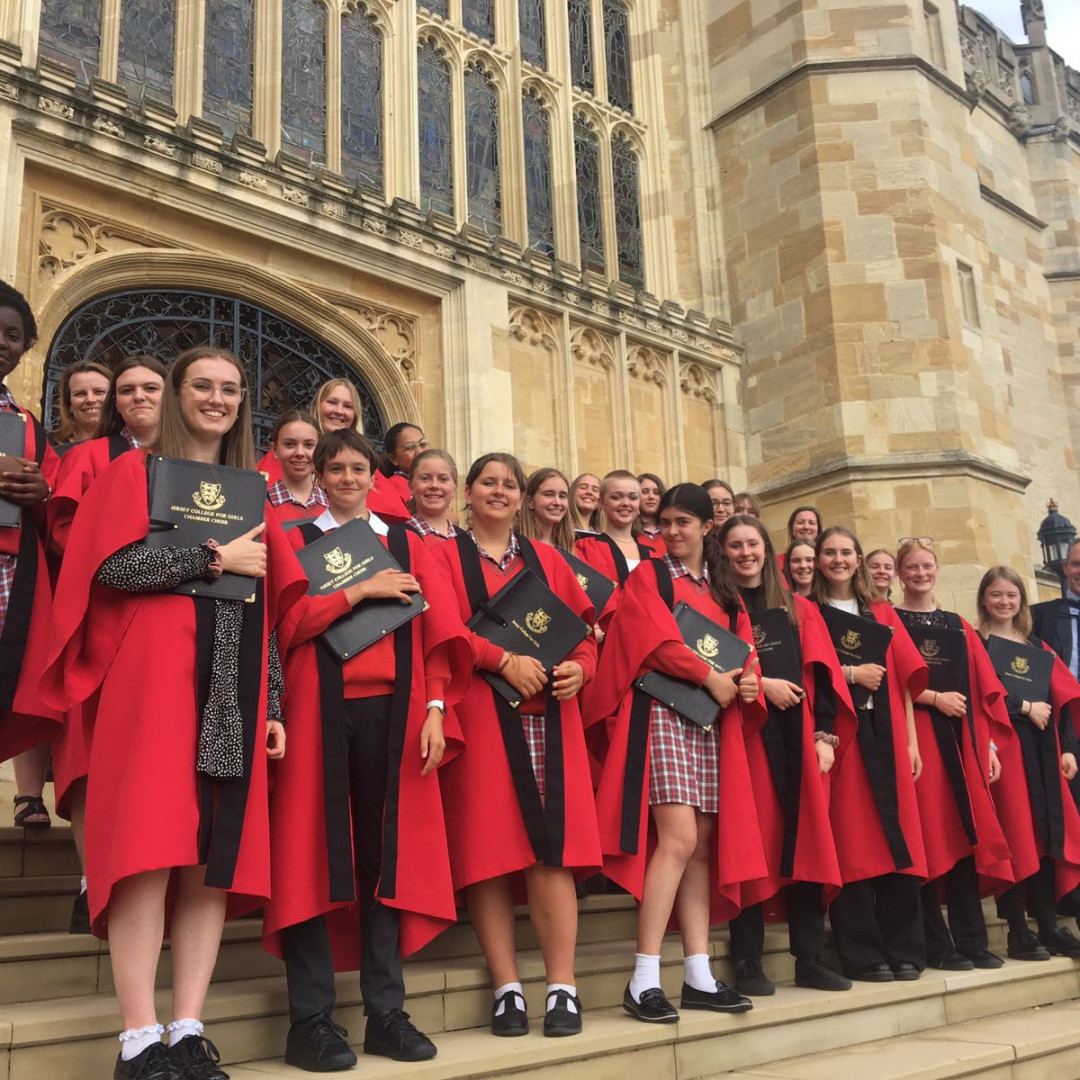 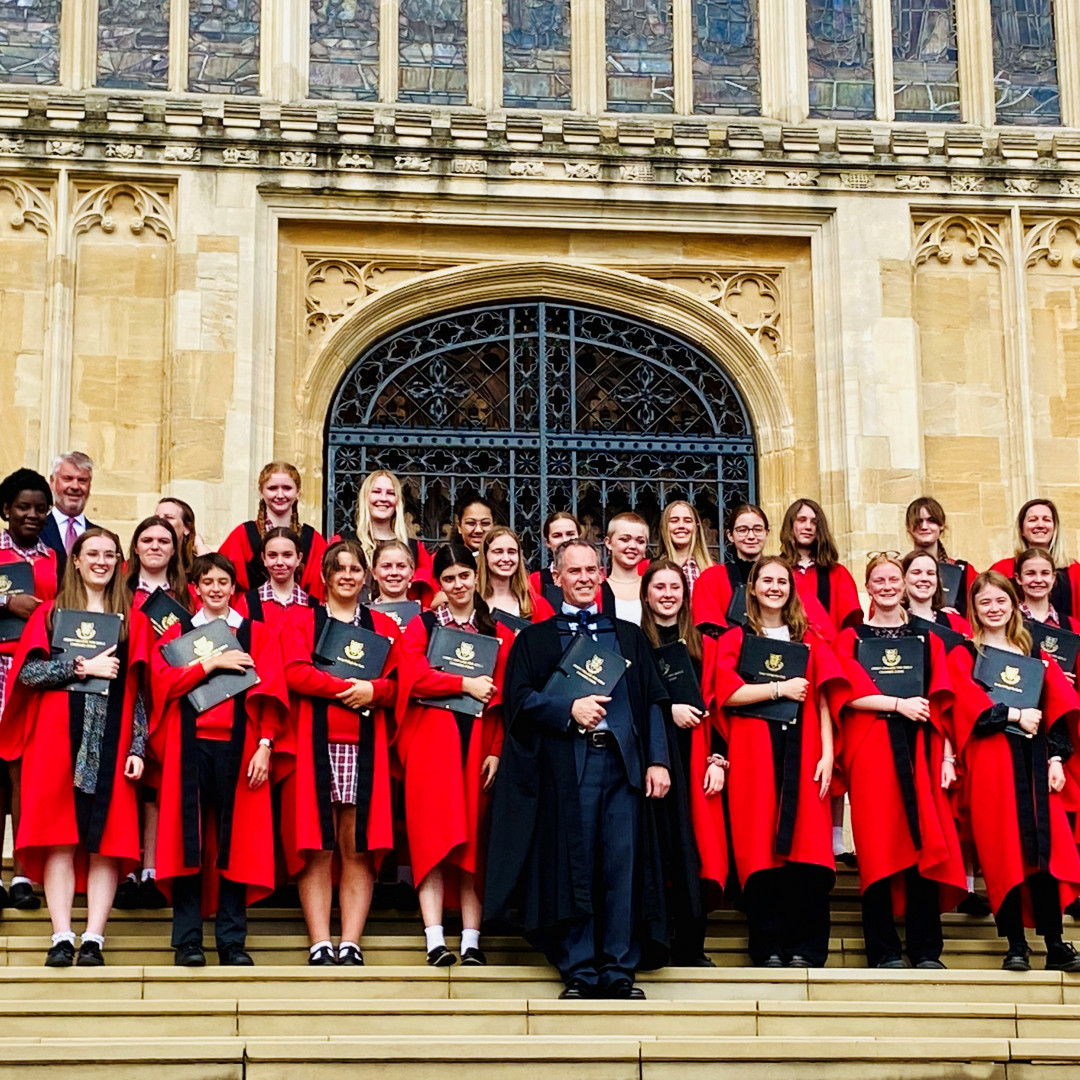 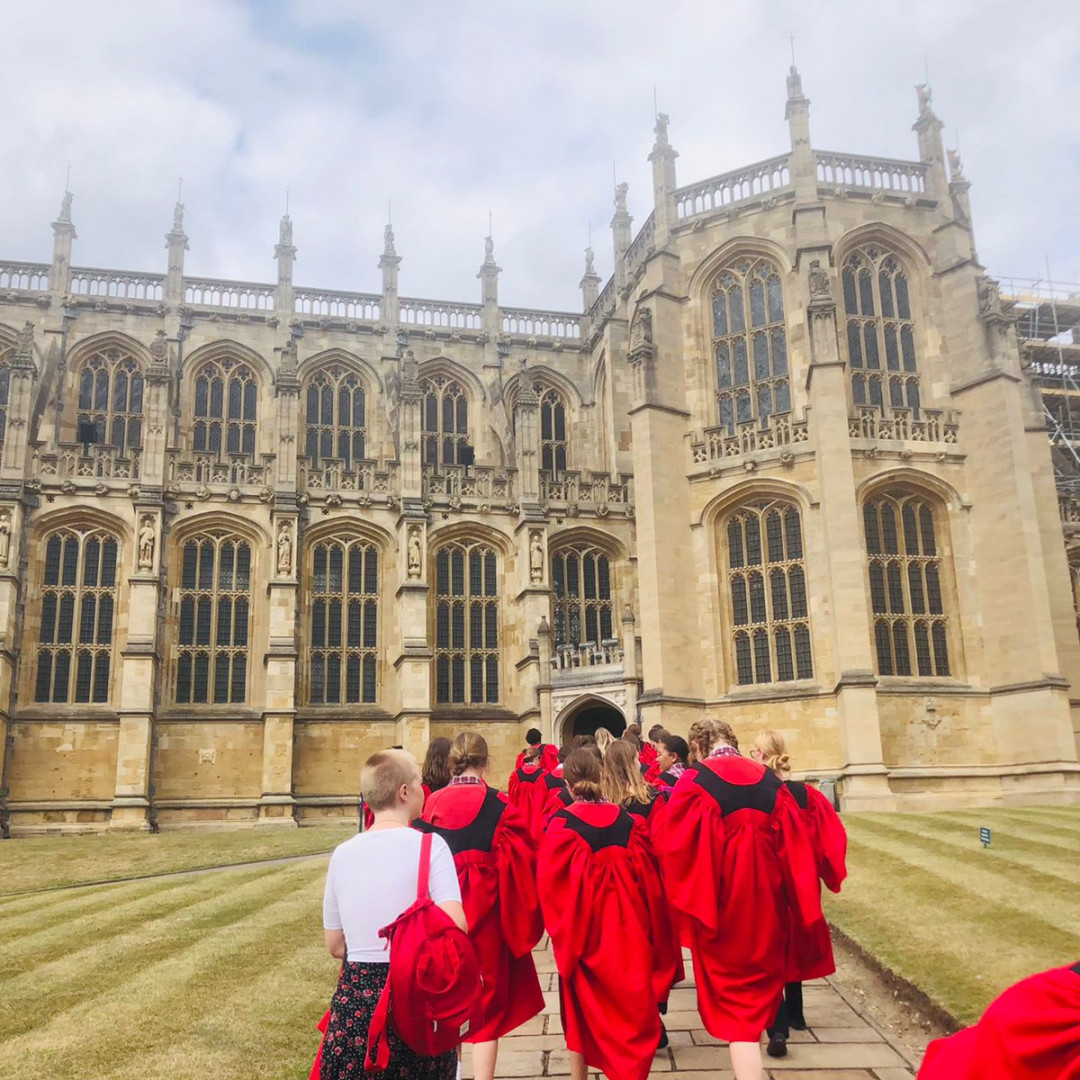 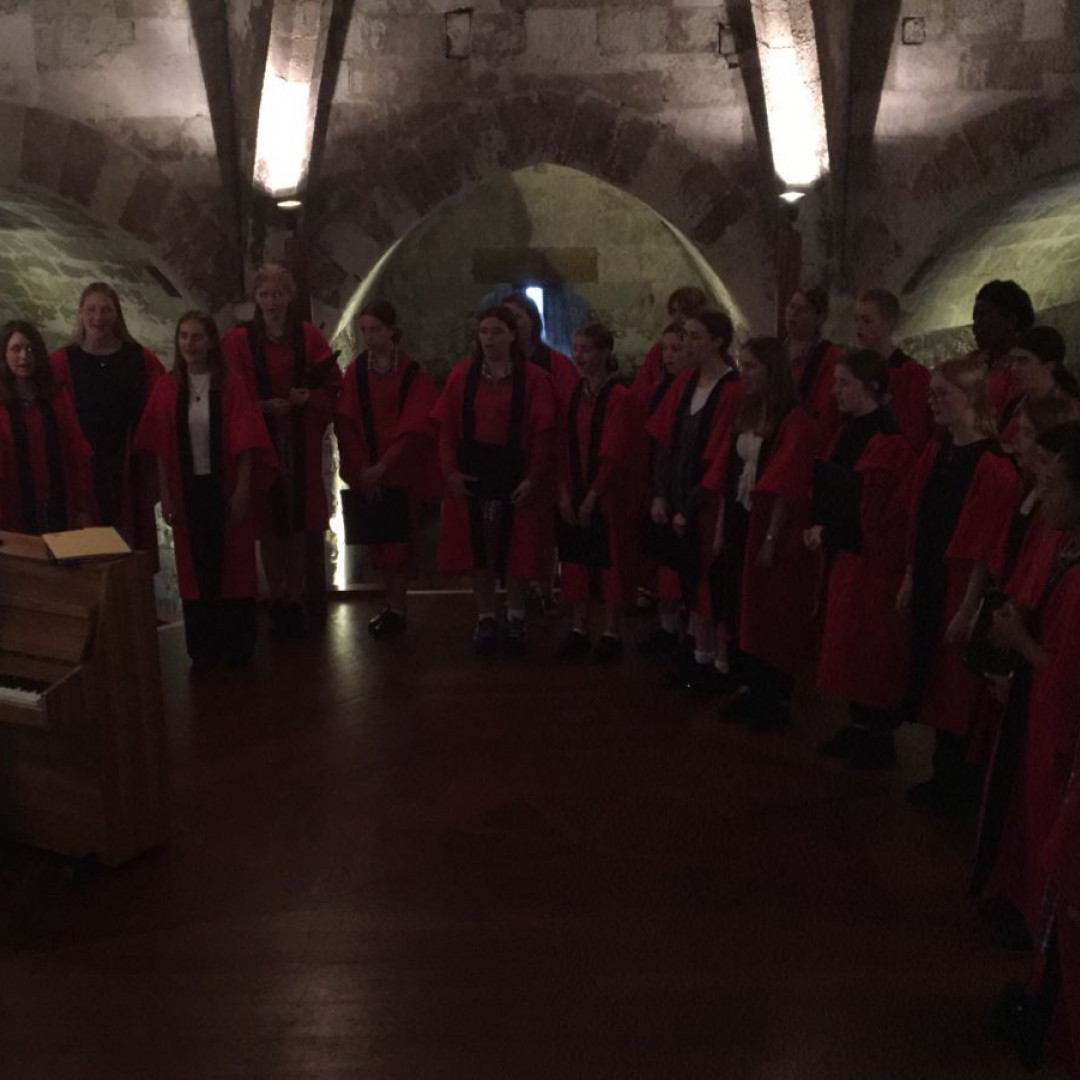 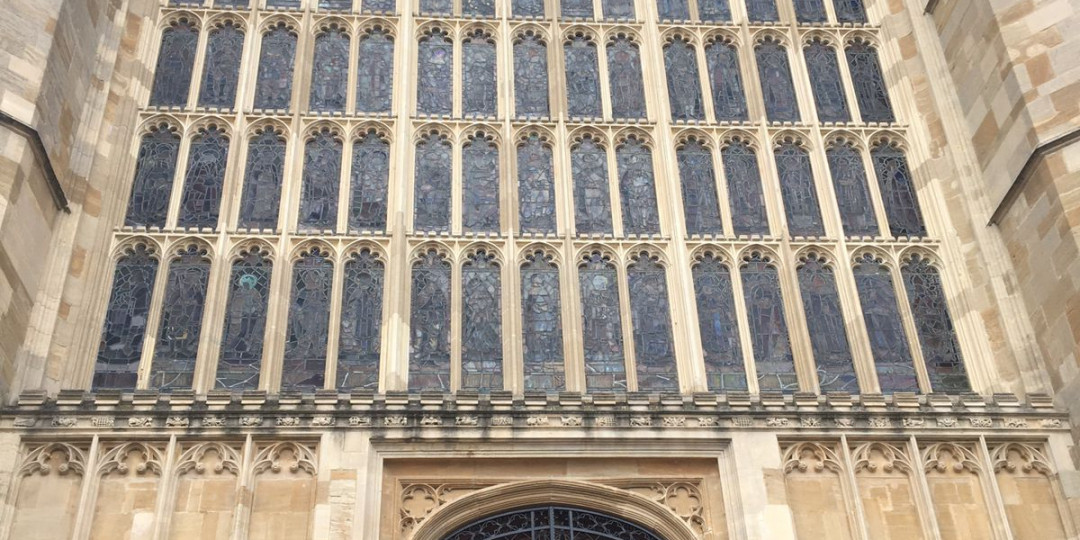 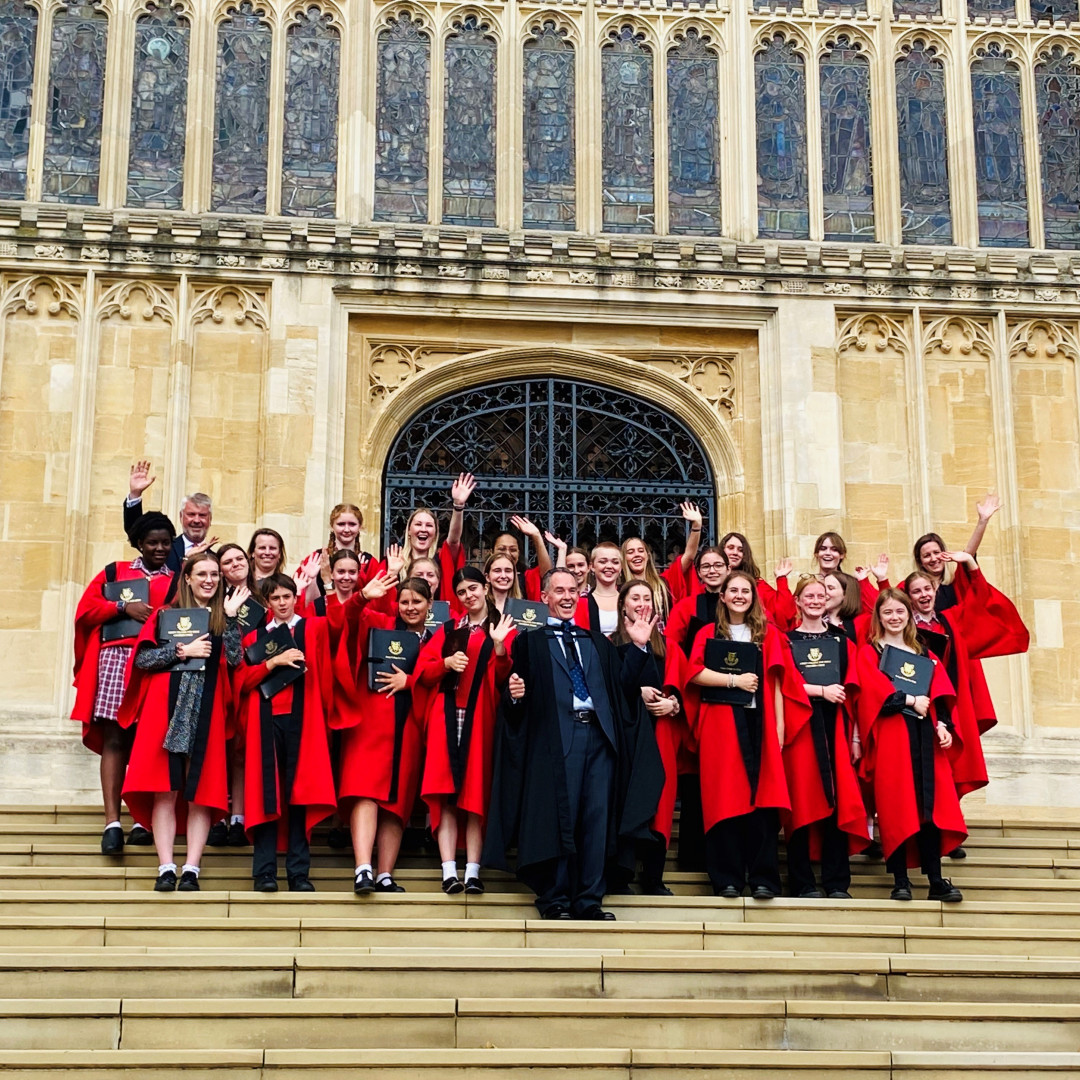 JCG’s Chamber Choir had the honour of singing Evensong in St. George’s Chapel at Windsor Castle last Wednesday (6th July). With the chapel being the site of many royal weddings and recent national events, the choir had been rehearsing carefully to make the most of this exciting opportunity.

They had a truly memorable time, and we are pleased to announce they have been asked to come back in 2024.

The visit started with a tour of the Chapel guided by a knight of the Garter, which is the UK’s highest rank of Chivalry, Colonel David Axson. The Colonel is writing a book about the Chapel, so the group knew they were in expert hands and had a wonderful time. Highlights included seeing a junior member of the choir leap when she was told she was standing on King Henry VIII’s tomb!

The visit left a lasting impression on Auden (Year 9): “I really enjoyed meeting the man who lived in the castle,” she said. “He knew all about the chapel and showed us what everything in there meant. I also really enjoyed rounders and everyone playing together in such a gorgeous place. I'll remember seeing inside the castle and the royal grounds during sunset.”

In the middle of the afternoon, the Royal Standard was raised. Her Majesty The Queen had flown in via helicopter, raising hopes that she might attend the service.

“This was a really special trip,” John Bowley, JCG’s Head of Music said. “The choir had worked incredibly hard and were richly rewarded; singing in such a special place with such a wonderful acoustic was a real treat. Certainly, this was one for the memory banks, and we are thrilled to have been asked back.

“The choir did sing brilliantly. One member of the St. George’s congregation, close to tears, said that she had waited her whole life to hear a female choir sing so well. St. George’s have asked us back and have written to us saying: ‘What a superb debut! It would be wonderful to have you back… Our huge thanks for what was a highly successful Evensong.’”

Prior to their performance, the choir rehearsed in the dungeons, a dark and gloomy chamber which still had stocks in it, complete with padlocks. “Our imagination ran riot,” said Mr Bowley. “One highlight of the many pieces they performed was the anthem, which the choir sung in Hungarian,” Mr Bowley continued. “‘Esti Dal’, by Zoltan Kodaly is a beautiful prayer. It suited the acoustic brilliantly, casting a spell on all there.

“We were treated to a brilliant flourish on the organ at the end. The organist, James Orford, who is Head of Organ at nearby Eton College, put the organ through its paces. It is thrilling to hear an organ go ‘full throttle’, which this one certainly did.” “Suffice it to say, we can’t wait to be back!” Mr Bowley added.

The choir finished the day off with a team pizza dinner, followed by a game of rounders in one of the royal parks, with the castle in the background. The following morning, they treated fellow travellers at Gatwick Airport by singing ‘Esti Dal’.

Rebecca (Year 12), one of our Music Captains, described the trip as “simply fabulous”. “When we arrived in Windsor, we were split up in groups to look around the town,” she said. “After doing some shopping, we made our way to the Castle. We sung one line from our first piece before having to stop to appreciate the gorgeous sound. The acoustic in the chapel was incredible, leaving us all floating away with the sound.

“Singing in the Chapel was such a privilege, and something I will forever be grateful for. Going to Windsor was an escape for all of us from the everyday stresses of life, to leave behind the anxieties that otherwise weigh us down, and allowed us to be swept away by the most fabulous music.”

For Savanna, the trip was “one of the most amazing experiences”. “The Chapel was one of the most incredible things that I’ve ever seen,” she said. “The tour was very informative and to meet such an encyclopaedia of a person was a real pleasure. Looking around the town helped us soak in the culture of Windsor and even the bus ride opened our eyes to the amazing landmarks of the town.

“I cannot express enough how fun the trip was and definitely one of my highlights was playing rounders on Long Walk outside the castle. The service itself was an opportunity that only comes about once in your life and to be able to sing in a place as grand as that was something that I will never forget.”